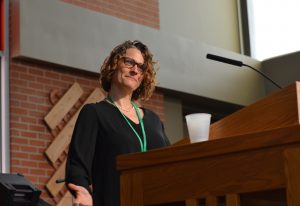 SIOUX FALLS, SD (June 1, 2019) – The Rev. Constanze Hagmaier was elected June 1 to serve a six-year term as bishop of the South Dakota Synod of the Evangelical Lutheran Church in America (ELCA). The election took place during the synod assembly, held May 31 and June 1 in Sioux Falls, SD.

The Rev. Constanze Hagmaier was elected on the fifth ballot, with 250 votes. The Rev. Bill Tesch, Director of Evangelical Mission and Associate to the Bishop of the South Dakota Synod, received 247 votes.

The Rev. Constanze Hagmaier has most recently served as the Administrative Pastor of Trinity Lutheran Church in Madison, SD.

Bishop-Elect Hagmaier received her Master of Divinity degree in 1999 from Ruprecht Karl’s University in Heidelberg, Germany, and affiliated with Luther Seminary, Saint Paul, MN, after emigrating to the United States in 2000. She was ordained on February 10, 2001.

Bishop-Elect Hagmaier will succeed The Rev. David Zellmer and will take office on September 1, 2019 with an Installation service happening on September 7, 2019 at Gloria Dei Lutheran Church in Sioux Falls, SD.

The South Dakota Synod is composed of 205 congregations across the state of South Dakota with over 100,000 members. The bishop serves as the synod’s pastor and is called to administer sacraments, preach, provide pastoral care, advise, ordain, advocate, interpret, and serve as the ecumenical officer.

About the South Dakota Synod

The South Dakota Synod is one of 65 synods of the Evangelical Lutheran Church in America (ELCA). Our vision is that all may be fed. For more information, visit www.sdsynod.org.

About the Evangelical Lutheran Church in America:
The ELCA is one of the largest Christian denominations in the United States, with nearly 3.5 million members in more than 9,100 worshiping communities across the 50 states and in the Caribbean region. Known as the church of “God’s work. Our hands.,” the ELCA emphasizes the saving grace of God through faith in Jesus Christ, unity among Christians and service in the world. The ELCA’s roots are in the writings of the German church reformer Martin Luther. 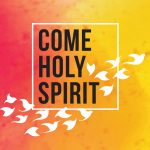 SAVE THE DATE: Bishop Installation Service of the Rev. Constanze HagmaierSynod News