Chaplain Joshua Johnson has recorded a video sermon for congregations to use on Memorial Day weekend. Feel free to use this sermon however it may fit within your congregation’s context.

Chaplain Johnson is a native of Waynesville, North Carolina. In 2015 he graduated from Lutheran Theological Southern Seminary with a Master of Divinity degree. Chaplain Johnson is married to the former Samantha Wertz of Pottsville, PA. Together, they have a one-year-old daughter, Susanna Mae Johnson.

Chaplain Johnson was commissioned into active duty service with the U.S. Navy on September 11, 2019. After commissioning he received orders to attend Officer Development School at Naval Officer Training Command and thereafter to the Naval Chaplaincy School and Center in Newport, RI. He is currently serving as chaplain of the USS ROSS stationed in Rota, Spain. 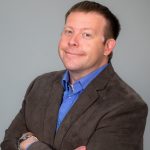 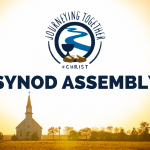