On Sunday, July 18th Grace Lutheran Church will hold a special celebration and worship service at 10 o’clock am in commemoration of 100 years since the dedication of its sanctuary and rededicate it to the Glory of God. Bishop Constanze Hagmaier of the SD ELCA Synod will give a special message.

Following the service, a dinner will be held at 11:30 am in the fellowship hall by free-will offering with funds going to the Raise the Roof project.

There will be carnival-style children’s games outside with displays of special historical memorabilia and pictures in the fellowship hall. If anyone has pictures and/or information to put on displays, please drop them off at Grace prior to July 15th, labeled so they can be returned.

The first meeting to organize a Lutheran Church in Watertown was held on Sept. 19, 1883. On Dec. 22, 1883, the First Scandinavian Evangelical Lutheran Church was organized in a room over the Merchants Bank of Watertown. The dedication of the first church building, a 30 x 40 ft structure with no basement, was held on Sept. 26, 1886. In 1917 plans began for a new church building. On Aug 1, 1920, the cornerstone of the present sanctuary was laid, and the name changed to Grace Lutheran Church the following May. The present brick building was dedicated on July 10, 1921.

Over the years, Grace Lutheran has been community-minded in mission and outreach. In 1909, the idea of Luther Hospital was developed with the opening of what was later renamed Memorial Hospital which merged with St Anne’s Hospital and later became Prairie Lakes Hospital.

On Nov 6, 1960, as the congregation was bursting at the seams, a Godspeed Service was held for 212 members, who were released to establish a daughter church. Approximately 50 families from Grace Lutheran took on the responsibility for a start-up ministry launching what became Lutheran Church of Our Redeemer on the north side of Watertown.

The rich heritage of Grace Lutheran included radio broadcast beginning on Dec 1, 1935, which reached its 2000th consecutive regular broadcast over KWAT on Dec 9, 1973 and continues to this day. The first drive-in service was held on June 19, 1955, at “Melody Theater” and later East Park Drive-in. The church built additions for an education wing, new narthex and fellowship hall over the years as well as remodeling the sanctuary in 1975.

Several sons of Grace Lutheran have become pastors and nine pastors have been ordained at Grace.  The public is invited to attend this day of celebration of our sanctuary as we rededicate it to the praise and worship of our Lord for the next 100 years.

Plans are for the worship service to be broadcast live over KWAT at the regular time of 10:05 am Sunday morning. 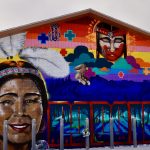 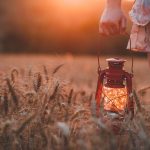