If you’ll permit me to inject a little bit of my personality into this devotion, I would like to share with you that I practically leaped at the opportunity to write a devotion for the Bishop’s search centered around a biblical narrative that climaxes with Jael hammering a tent peg through Sisera’s temple. When I saw this passage from Judges on the list of potential selections, I was absolutely giddy at the thought of writing this devotion. Unconventional it may be to include this passage for the process of electing a new bishop, I believe the passage inspires a more holistic reflection as far as what specific type of leader we are currently called to lift up as bishop.

This story comes from a time in Israel’s history when they were caught in a cyclical pattern. Israel would sin against God, God would send foreign armies to attack Israel, Israel would cry out in pain (but not repentance), God would pity them and raise up a judge who delivered them from their enemies and led them back to proper worship and fidelity. This cycle would then repeat.

We enter this particular story poised to discover who God raises up as the next judge, as it were. Though foreign armies may not be encamping against our synod, we find ourselves in a similar situation as Israel. Who among us will we raise up as a leader? Who will pick up the mantle and offer themselves to the work of shepherding the flock and discerning God’s will in this modern age? And, just as Israel was unaware of who the next judge would be, we are presented with a list of potential candidates. Will it be Deborah, the respected prophet and judge? Or will it be Barak, the more expected and traditionally suited candidate? Or what about Jael, the unexpected outsider who ultimately plays the key role in releasing Israel from the grip of the enemy?

At the end of it all, I think this passage encourages us to focus on how God is able to work through a variety of individuals each with their own spiritual gifts. All the characters in this story from Judges play their own respective parts in the cycle of Israel’s relationship with God, and I believe demonstrate the value of interdependence within the community of believers. This passage inspires the question: what kind of leader and what set of spiritual gifts are we as a synod being called to raise up for the foreseeable future? Are we called to elect someone who fits the mold of leaders past, or are we called to elect someone who is unafraid to drive the proverbial tent peg and lead in ways that break from conventions, while carrying out the will of God nonetheless?

Let us pray: O God, you call us, your servants, to ventures of which we cannot see the ending, as you have for countless generations before us. From the prophets, to the judges, to the reformers, to the emergent leaders, you have led your people on paths as yet untrodden and through perils unknown. Give us faith to continue forward in good courage and healthy discernment, not knowing exactly where we go. But resting firmly in the knowledge that you are with us, and you continually guide us in this endeavor as you have in so many others. May your hand alone lead us, and your love alone support us. Amen.

Sign-up to receive future Bishop Election Devotions in your inbox. 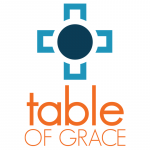 News from Table of GraceSynod News 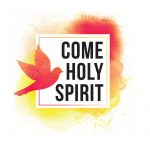