THE RESCUE OF THE JEWS OF DENMARK

The nation of Denmark is being honored on the 70th Anniversary of the miraculous rescue of its Jews for the great courage and humanitarian efforts of the Danish people and their King and government during the Holocaust years. In September 1943, Hitler ordered their arrest and deportation. With the help of the Danish people, Jews were warned, concealed, and then smuggled across to neutral Sweden, where Danish refugees were made welcome.

Many of the refugees had to be hidden for days before it was deemed safe to ferry them across the water. They were holed up in ports, small fishing-villages and beachfronts all along the coast. Remaining hidden until fishermen and pleasure boaters could be recruited to help transport them, the ever-present risk of being caught was so grave that some dozen Jews chose suicide over possible capture.

The hiding and smuggling of human cargo was done in as many ways as the fertile imagination of resistance groups and individual Danes could suggest. The Danish medical establishment played an important role, registering refugees in hospitals under assumed names, and then transporting them in ambulances and even in mock funeral corteges; administering tranquilizer to infants and young children to keep them quiet in the night when the actual escape took place.

The Danish Lutheran Church, the official State Church of Denmark, must also be singled out for the decisive measures it took to combat anti-Semitism and to include Jews within the bounds of the “universe of concern”. They rallied their flock to help hide Jews, assisted those in need with finances and food, and issued baptismal certificates. When the crisis came the Church was ready. The courageous Bishop of Copenhagen, Hans Fuglsang –Damgaard prepared a most powerful protest statement on behalf all the Lutheran Bishops. It was sent to the German occupation officials and to all the churches, to be read from the pulpit on Sunday October 3, 1943.

During the September and October 1943 more than 95 per cent–some 8000–of the Jewish population was saved. Indeed a unique “light in the darkness “ of the unspeakable horror of the Holocaust!

Photos from the Commemoration:

The Miracle of Denmark

Why Denmark? In Poland Jews perished by the millions. In Germany they were handed over to the executioners by their own countrymen. In Austria and Hungary they died. Even in the France and the Netherland they died by the thousands. But not in Denmark.

Why Denmark? It was in a significant measure because of the Church; and clergymen who dared to speak out and demand greatness from their people; and individual Christians who were willing to risk their own lives to save their brothers and sisters.

Why Denmark? It was because of the King. When King Christian X was asked about the so-called Jewish Question, he replied: “There is no Jewish Question. There are only my people.”

Why Denmark? It was because of the people. They said: “The Jews are our countrymen.” They elevated patriotism to a noble height.

Whatever the reason, it was Denmark. God bless that noble land. They held for the world a beacon light to cast away the shadows, a light for all the world to see.

They made for Christians a new example of the meaning of courage, and compassion, and self-sacrificing love.

They made for Jews a new thanksgiving.

(Page 1 was especially prepared for the Mount Rushmore Commemoration Event, Sept. 28, 2013 by Leo Goldberger, himself a rescued Danish Jews and author of The Rescue of the Danish Jews: Moral Courage Under Stress, NYU Press, 1987; Page 2 is adapted from a sermon by human rights activist, Rabbi Maurice Davis [1922-1993] of White Plains, NY 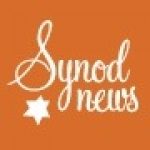